How You View the Bees Matters More Than the Bees

A few years ago, CBC Radio One aired a thought-provoking, 3-part series entitled “Rethinking Depression” on its program Ideas. With the help of a number of local and world-renowned experts in the field, producer Mary O’Connell explores what we know – and what we think we know – about depression and the medications we use so often to treat it. The patient and interested listener (the entire series runs for three hours) will be rewarded with some really fascinating but often not well-publicized facts about the social, commercial and political factors that are conspiring to make psychotropic medications “a $20billion per year industry worldwide” and have led the World Health Organization to predict that depression will be the second leading caused of global disability by 2020. This series is well worth the time to listen to!

Some tidbits from the series…

Up until the 1950s, depression affected only about 1% of the population, and that was mostly middle-aged women. Back then, the term was used almost exclusively to refer to the serious condition that left sufferers barely able to function and often suicidal. However, in 1963, when pharmaceutical giant Hoffman-La Roche introduced its minor tranquilizer Valium, huge numbers of people began to use it to address their own ‘symptoms’ of feeling blue and overwhelmed. Whereas previous psychiatric drugs had mostly been reserved for use with the seriously mentally ill, Valium was seen as something any adult could use, just to ‘take the edge off’ everyday life. In 1966, The Rolling Stones wrote about its widespread acceptance in “Mother’s little helper” and its cultural relevance grew as it increasingly found its way into popular movies and television.

A second major societal shift that further increased the appearance of higher rates of depression occurred in 1980, with the publication of the third edition of the Diagnostic and Statistical Manual of Mental Disorders (DSM), the so-called ‘bible’ every North American mental health provider relies on to distinguish what is and isn’t a psychiatric condition. Political infighting between the various high-powered authors resulted in the decision to lump into a single category both the major depression that truly incapacitated its sufferers and the milder, ‘reactive depression’ that resulted when people struggled to manage difficult life events and felt distressed, but were still able to go to work every day and function reasonably well. Suddenly, the size of the market for a medication that took away distress increased dramatically.

While effective as a sedative, Valium wasn’t a great option for elevating low mood and it had some 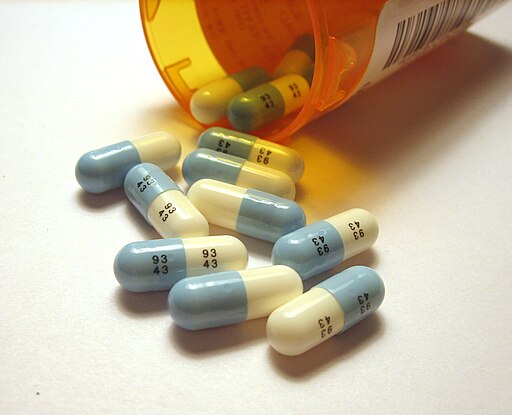 undesirable side effects as well. Pharmaceutical giant Eli Lilly resolved those problems when they brought Prozac to market in 1988. Compared to Valium, Prozac was easy for physicians to prescribe and monitor, and it was easy for consumers to take. It was quickly hailed as a breakthrough and a ‘magic bullet’ for depression. Prozac worked specifically on the neurotransmitter serotonin, and the pharmaceutical industry and its marketing partners insinuated and gradually solidified the idea that depression was the result of a chemical imbalance in the brain. Even though that idea has little empirical support it is still widely held to be true. It may be that the so-called Serotonin Hypothesis of depression is more a marketing coup than a scientific fact.

Some estimate that 75% – 80% of the effects of antidepressant medications may be due to placebo, meaning that the belief that the medication is helping to reduce symptoms may be more powerful than the medication itself. Noticeable impacts on other serotonin-related systems within the body (eg, sexual function, bowel function, and attention) may give the appearance that the drug is doing something, but scientists are still actively struggling to understand what the SSRI class of medications (that includes Prozac, Paxil, Celexa, Cipralex, Luvox and Zoloft) actually do. What is not under debate is the fact that huge amounts of money are available to be made as rates of depression continue to rise and as categories of users continue to expand. According to the series, senior citizens, children and teens are in the fastest growing group of antidepressant users in the past 10 years and manufacturers are now re-working their formulas for use with animal populations as well (see www.reconcile.com).

One of the more challenging aspects of the series is the realization that as a society, we have medicalized unhappiness and other normal emotions. It invites us to question whether we’re better off for it, or if we might be shortchanging ourselves over the long-term by stepping away from the opportunities for positive growth that can come from personal struggle. What if depression and rumination can teach us how to function more effectively the next time a problem arises, much in the same way that we voluntarily expose ourselves to the flu viruses in the fall to inoculate ourselves against them over the winter? What if suffering can lead us to change dysfunctional aspects of our lives, perhaps through treatments like cognitive therapy, which is effective and has lower relapse rates than medication.

Rethinking Depression is an excellent documentary series and well worth the time.

How You View the Bees Matters More Than the Bees